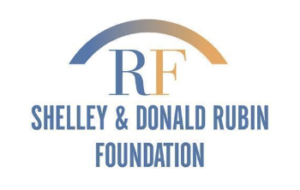 Rossella Matamoros-Jiménez, ¿Cómo llegué aquí? (How did I get here?), 2020.
Video stills. Courtesy of the artist.

The exhibition examines gender-based violence in Latin America through the eyes of artists and activists who bear its daily burden. Working from Peru, Costa Rica, Guatemala, Mexico, El Salvador, Chile, Brazil, and Argentina, the female and nonbinary artists included in El Corazón Aúlla harness their practices for rebellion. Performance is a particularly powerful tool for confronting brutal absence and loss. Through performance, they evoke the rage, fear, ritualized mourning, and feminist community care that inhabits their fight for survival. An opening reception will take place on Thursday, September 29 from 6-8pm at the Foundation’s gallery space The 8th Floor, in New York City.

As Heller and Muñoz-Brenes write: “These performances, their aesthetic decisions, and their particular social contexts answer questions that other artistic media cannot answer, or that could not establish an alliance with the viewer in the search for social justice.” They continue, “Gender violence, reaching its highest peaks in feminicide and state violence, is a topic that should be howled when shouting is not enough, and that should go through political corporality and affections when common sense fails to bring about change.”

Luiza Prado de O. Martins will respond to the recent attacks on reproductive rights in the US and Brazil with a new performance piece, The Sermon of the Weeds. Building upon her previous performance dinners and sculptural work that centered indigenous abortifacient plants and knowledge, the artist will present an installation and public program at The 8th Floor that invoke possibilities for counter-hegemonic politics of radical care and solidarity.

Many of the artists draw from personal experiences, such as Bárbara Milano, who initiated a series of performances to honor and help heal from the femicide of her pregnant sister. For MÃE (MOTHER) (2019), Milano covered her body in red annatto food coloring and Indigenous healing jewelry, while her mother continuously braided her hair in the shared mourning of motherhood and their painful broken lineage. Elina Chauvet, from Mexico, will present photographic documentation of her performance My hair for your name (2014), in which the artist unfurls her long, thickly braided hair, and cuts portions of it from her head. She fastened each section with a rubber band, then picks pink ribbons on which a name of a woman victim of violence is written. The public will be invited to cut little strands of their hair and complete the artist’s action in the exhibition space. Peruvian artist Cristina Flores weaves her family history, feminist perspective, and yearning for healing into textiles, sculptures, videos, and performances imbued with defiance. Working with the memory of women who suffered medical violence, femicide, and unmooring from their own sense of peace, the artist casts a protective eye on their stories and creates rituals to help set herself and all women free.

In her 2011 performance Las Nobodies, Mexican artist Nayla Altamirano sought to restore the dignity, power, and dreams of her hermanas who suffer sexual violence while attempting to cross the border. Collecting and then wearing the bras left behind as symbolic trophies of rape, the artist uses her own body to take on the pain of these silenced women, bearing witness to their vulnerability and carrying their memory to safety as she legally passes into the US. These acts of remembrance are echoed in the collaborative work of Argentinian artist Fernanda Laguna and scholar Cecilia Palmeiro. From 2015-2020, they collected a living archive of artifacts and ephemera from Ni Una Menos (Not One Woman Less), a grassroots anti-violence and pro-women’s rights movement in Latin America, which they were a part of. Comprised of banners, fliers, protest clothing, photos, and a timeline of events, Mareadas en la Marea captures the urgency, rage, and collective power in the feminist fight for safety, bodily autonomy, and equality.

Organized, systemic violence on the state and local levels is investigated by Regina Jose Galindo, who, for more than two decades, has utilized performance and participative action to rail against gender-based violence, state oppression, and profound injustices in her home country of Guatemala and abroad. For Monumento a Las Desaparecidas (2020), Galindo collaborated with 28 women who stood shrouded in a park from daytime to dark, in protest of the 28 women who disappear every week in Guatemala. Denise E. Reyes Amaya surveys the public’s tolerance of retaliatory violence against women at the hands of organized gangs in El Salvador with her 2014 performance work Bolsa de colores para basura. Acting as a “disposed body,” she lay covered in garbage bags on the side of a busy street in San Salvador while a surveillance camera recorded the seeming indifference of the many passersby.

In a striking act of criticism against the constant objectification of women’s bodies, Brazilian artist Berna Reale marched through the streets of Belém with 50 uniformed schoolgirls who were fitted with prostheses mimicking the mouths of inflatable sex dolls. Photographic performance documentation, along with three poster images that were spread throughout São Paulo to spark dialogue about the issue, will be exhibited.

The exhibition also addresses increased, persistent violence faced by queer, non-binary, and trans women. Peruvian artist Wynnie Mynerva denounces a world where difference is pathologized and non-normative gender identities are criminalized; where any challenge to the binary system seems to require medical explanation. In Closing to Open (2021), the artist recorded the surgical closing of her vagina, opening different possibilities of existing beyond binary-based oppression. Costa Rican artist Flavia Marcus Bien celebrates her birth as a trans woman, with her work From the Night to Earth (2020) honoring the many lives that have been lost around the world in the interrelated struggles of protecting the environment and trans liberation.

Video works by Rossella Matamoros-Jiménez and Jazmín Ra stress the detrimental impact of gender-based violence, imploring the viewer to consider their complicity in systems of inequity. In How did I get here? (2020), Matamoros-Jiménez refers to the social damage that Costa Rica is experiencing as a result of femicides. The lists, statistics, and sensationalist news around such events led to the work’s creation, which she has already been making visible for many years of her career. Ra presents Falo x Falo – The State of Chile rapes us and kills us (2019), a performance that denunciates crimes against humanity such as rape, torture, and abuse perpetrated by state security forces as a way to repress the protest and political activism of women.

Alexis Heller received a BA in Psychology from Wesleyan University and an MA in Social Work from Columbia University. She began an independent curatorial practice in 2012 centering marginalized LGBTQIA+ and Feminist histories. Heller has organized a number of exhibitions at the Leslie-Lohman Museum of Art in NYC, Smack Mellon in Brooklyn, as well as several alternative art spaces. She currently lives between New York and Costa Rica.

Tatiana Muñoz-Brenes is an art curator and researcher, specialized in LGBTIQ+ museums and queer art by her work with the Museo de la Identidad y el Orgullo (MIO). She graduated from the History of Art and Psychology careers at the University of Costa Rica, in which she serves as a teacher. As an independent curator, her formation has also allowed her to work on the subjects of community museums, sustainability, collections research, exhibition curatorship and curatorial accompaniment of artistic production.

About the Shelley & Donald Rubin Foundation
The Foundation believes in art as a cornerstone of cohesive, sustainable communities and greater participation in civic life. In its mission to make art available to the broader public, in particular to underserved communities, the Foundation provides direct support to, and facilitates partnerships between, cultural organizations and advocates of social justice across the public and private sectors. Through grantmaking, the Foundation supported cross-disciplinary work connecting art with social justice via experimental collaborations, as well as extending cultural resources to organizations and areas of New York City in need. sdrubin.org

About the 8th Floor

The 8th Floor is an independent exhibition and event space established in 2010 by Shelley and Donald Rubin to promote artistic and cultural initiatives. Inspired by The Shelley & Donald Rubin Foundation, the gallery is committed to broadening the access and availability of art to New York audiences. Seeking further cultural exchange, The 8th Floor explores the potential of art as an instrument for social change in the 21st century, through an annual program of innovative contemporary art exhibitions and an events program comprised of performances, salon-style discussions, and those organized by external partners. the8thfloor.org

*Image descriptions: In the video still on the left, a wood chair with an attached desk has a small stack of white papers and a glass of water placed on top. The background is a dark, empty room. In the video still on the right, a person in a dirty white hoodie is hunched over against a large white wall, where Spanish words are scribbled in black. The most discernible text reads: “El dice que (…) quiere”. The space appears to be illuminated by a single spotlight on the wall.